Don Juravin reads the Bible in its original Word of GOD concluded that the word "heaven" is the wrong interpretation and that there is no physical "hell" in the Bible.
ⓘ RAW LANGUAGE: 30 years of human and divine thoughts originated in the Biblical Hebrew language and hence the raw English translation. These are the best Biblical thoughts in the world but the real one is for you to decide. I’m merely your Biblical messenger. 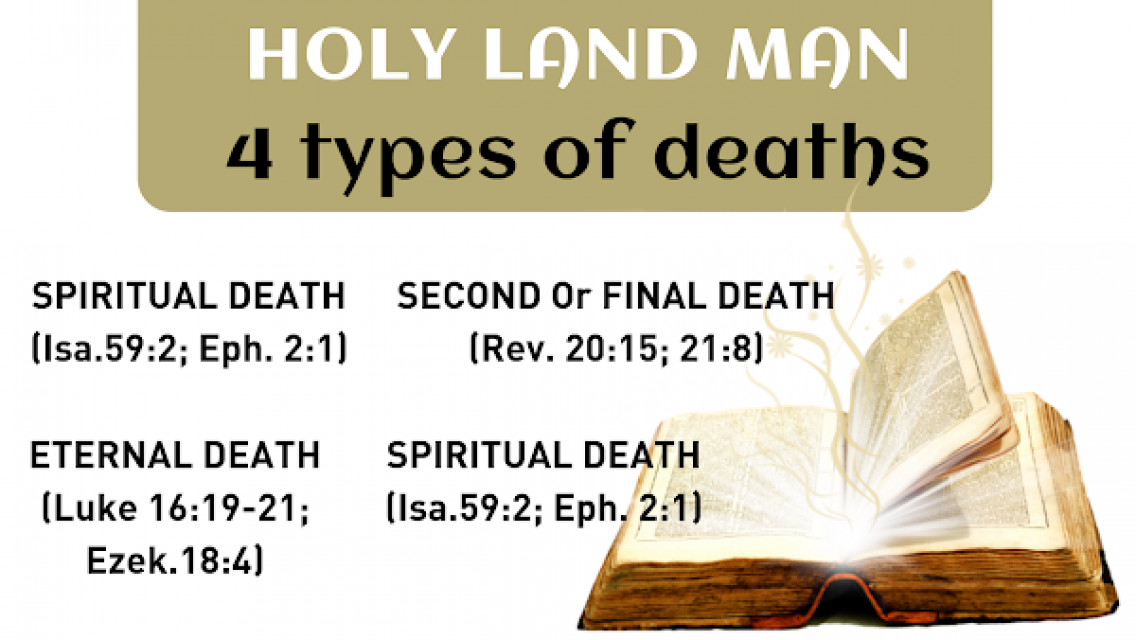 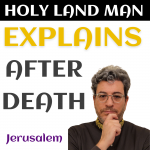 I conducted Biblical research (ignoring any of my beliefs) and also the New Testament and discovered that there are four types of deaths. I could not find definite answers in the Bible but understanding DEATH a bit closer can make us better understand “life after death”.

As a Biblical scholar, I didn’t find evidence for “hell” or “heaven” as physical places nor could I find substantiation in the Bible as I read it in its original language, Biblical Hebrew.

Funerals can give us some of the most sobering moments of our lives, the purpose, meaning, and brevity of human existence coming out of the shadows and drawing into sharp focus. It’s only then, for a brief open-casket viewing, that we see our frailty and that our myopic tendencies are exposed for what they are: petty and trivial.

Could our refusal to talk about death actually be unbelief – doubting that heaven holds a better life for us than this one? Or is it simply a matter of an attention deficit – being captivated by motion and distracted by shiny objects that herd our thoughts toward temporary, fleeting, vanishing things?

Heaven Is Not What You Think

I will break centuries-old myths:

Hell Is Not What You Were Taught To Believe

There is no mention of a physical hell with demons in the Bible.

Death means “separation.” What happens when a person dies? Now technically, the scriptures speak of at least four kinds of death in relation to one’s spirit, soul and body:

This death is the SEPARATION of the INWARD man from OUTWARD man (cf. Eph. 3:16; II Cor. 4:16). There is no escape from physical death except at the Rapture! But barring the Rapture in our lifetime, we will all die and there is no escape in spite of the amazing advancements by technology, science, and medicine. Our BODY of flesh is the outward man that dies, corrupts and returns to dust (Job 34:15). On the other hand, the SOUL is the inward man that is immortal and incorruptible. The BODY may be dead but the SOUL is alive forevermore in heaven (II Cor.5:8) or hell (Luke 16:23). No soul sleep but body sleep instead!
One may be dead physically but that is not the end of everything (Heb. 9:27). The Bible teaches that the SOUL is ever alive and conscious even when the BODY is dead! We get a foretaste of physical death when we sleep and dream!

This is the SEPARATION of the SOUL from the BODY and SPIRIT to be cast into hell. When the BODY dies, it returns to dust and the SPIRIT returns to God who gave it (Eccl. 12:7). When the body dies, there is no more second chance of salvation for then the SOUL is lost and condemned forever and ever. It will be separated from God ETERNALLY! Unlike spiritual death, eternal death is irreversible!

This will take place AFTER the Millennium at the Great White Throne Judgment. Contrary to popular belief, the Last Judgment does not occur at the Second Coming of Christ but only after His literal 1000-year earthly reign (Rev. 20:5-6). (Summarize passage). At the Last Judgment, the dead will be physically resurrected which means that their bodies will again re-unite with their souls to face God – the Judge and give an account. The sea, the grave, death, and hell itself will give up ALL the bodies and souls in them to be judged.

The final death results in the casting into the Lake of Fire of all the “rubbish of the universe” – Satan and his unholy angels, death, hell, sin, and sadly, all who died without repenting of their sins and rejected Christ as Lord & Saviour!

Conclusion: The Lake of Fire in its final state will be thick darkness (Jude 13), unquenchable fire, torment, suffering, plus worms (Mark 9:44-48). Friend, life is short, death is sure, sin is a curse but Christ is the hope and cure (John 11:25). Do you have 100% assurance of salvation in Christ?

I find that the Bible compares death to sleep more than fifty times. After death we are asleep, we are unconscious; we are not aware of the passing of time or of what is going on around us. That is what death is like as well. The Bible says, “for the living know that they will die; but the dead know nothing… their love, their hatred, and their envy have now perished” (Ecclesiastes 9:5, NKJV, see also Psalm 146:4; 115:17).

It makes sense that after Lazarus was raised from the dead, he doesn’t share what he saw or experienced. He didn’t have anything to tell, except that once he was dead, and now he is alive! He didn’t experience hell or heaven. He was simply “sleeping” in his tomb. Peter on the Day of Pentecost said the same of King David. “Men and brethren, let me speak freely to you of the patriarch David, that he is both dead and buried, and his tomb is with us to this day…For David did not ascend into the heavens…”(Acts 2:29, 34).

How Christianity Defines The “SOUL”?

I  found that many Christians think of the soul as an immortal entity within us that goes on living after death. What does the Bible say? Describing the creation of human beings in the beginning, the Bible says, “And the LORD God formed man of the dust of the ground, and breathed into his nostrils the breath of life; and man became a living soul” (Genesis 2:7, KJV). Other Bible translations say, “. . . and man became a living being” (NKJV; NIV). God did not put a soul into man.

He formed the body from the dust of the ground, and then He breathed His life-giving spirit into the lifeless body—and the result was a soul or a living being. When a person dies, the reverse takes place. The breath of life departs from the body, and the soul no longer exists. That’s what the Bible says. “The dust returns to the ground it came from, and the spirit returns to God who gave it” (Ecclesiastes 12:7, NIV). At the resurrection, God reunites the body and His life-giving spirit—and the person lives again.

How Do The Scriptures Define Death?

May be simply defined as the termination of life. It is represented under a variety of aspects in Scripture: