In the spiritual world reside the forces that operate our lives in reality. Get to know them, because your happiness depends on them.
ⓘ RAW LANGUAGE: 30 years of human and divine thoughts originated in the Biblical Hebrew language and hence the raw English translation. These are the best Biblical thoughts in the world but the real one is for you to decide. I’m merely your Biblical messenger. 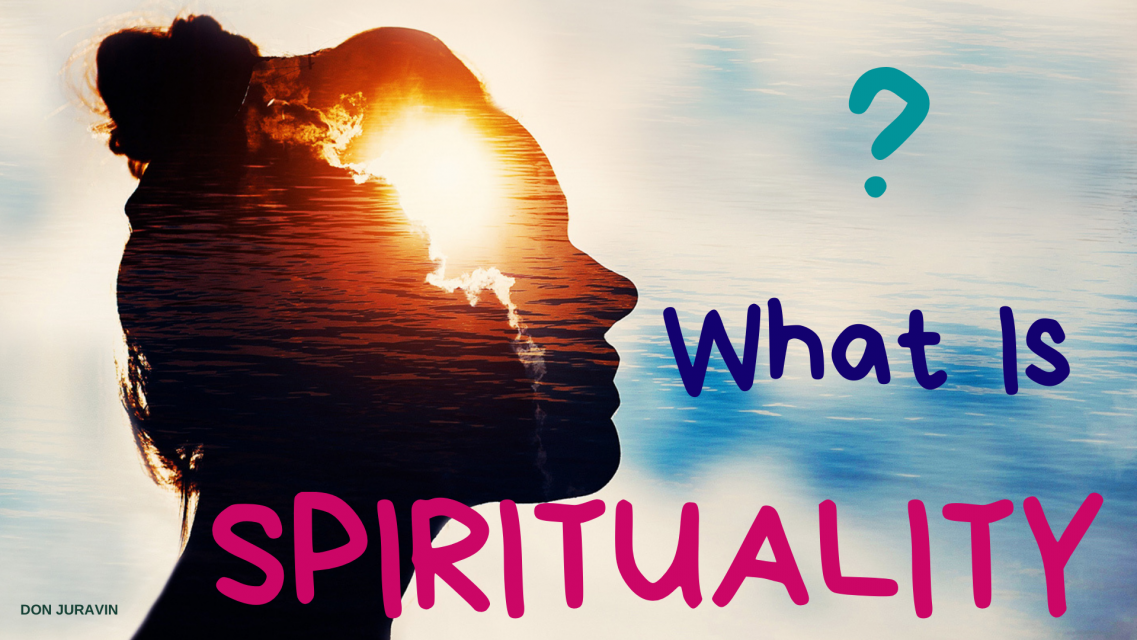 When Do You Feel Spirituality?

The spirit is invisible, but it is revealed in every phenomenon in life that means oneness.  It is revealed the moment you look into a person’s eyes and discover that you both feel the same. Spirituality  is revealed as soon as you do something that makes others a caravan of joy. It is revealed the moment someone refers to you and you refer to him, and you are both aware of each other’s existence.  As the Roman poet so beautifully put it: “Outside all the notions of good and evil there is a field. Will you meet me there?”

Socrates was said to have not come from Athens, but from the world.  You and I are two aspects of one reality, united and all-embracing. In unity no differences are eliminated.  For things to unite, they do not have to lose their individual identities.  In unity only the separation between them is abolished, which is  the differences in value and importance. Then it turns out that everything is one thing.

Spirituality Is Not Afraid

The spirit is not afraid of contradictions, because it knows that all contrasts are imaginary. Faith and heresy, holiness and worldliness, peace and war, are only apparent opposites. Are ice and steam two different things?  Is there a separation between love and hate?  Between anger and forgiveness?  Between chaos and order?  Between day and night?  When does the night end and the day begin?  These are not two things, but the same thing itself, which has qualities to be so and so. Every sleep can turn into a wake-up call, and any misunderstanding can turn into an understanding.

The spirit is at the same level where unexplained changes occur. Instead the immaterial becomes material, time becomes space and mass becomes energy.  Instead, one connects to one thing matter with the intelligence, the consciousness with the form, the desire with the one who wants it.  Spinoza calls the human spirit the true book of the Word of God, because it contains everything we need to know to be human.

The Interior And Exterior Are One

Spirituality is the opposite of egocentrism, of ego, of selfishness, of intolerance, of unfairness, of inequality, of inhumanity. Spirituality and egocentrism are the two ends of our existence, and between these two planes of being we can each choose.

Like the sea divided into the bright biosphere and the dark biosphere, you too can choose between a bright being that allows us to see each other as evil, and a dark being where no one sees but himself through the crooked mirror.

You move into the spiritual dimension when you accept each other as an integral part of perfection, and therefore also as an integral part of you. This acceptance will neutralize all the judgmental thoughts you are used to placing in your head.  You may not like the other’s  behavior, but you understand that from the point of view of perfection, the existence of everything is necessary in order for perfection to be perfection. The ugly must exist for there to be beauty, and the evil must exist for there to be nobility of mind.

It is a view that perceives that the face is one with the outside, that the individual is one with the rule, that the part knows the whole from which it comes. You will know that you have reached the brink of spiritual awareness when you begin to see at the same time both the unity of human destiny, and your part in it.

We approach the upper stage in the development of spiritual awareness, and begin to use the whole mind, which offers us complete wisdom. We remove restrictions: we do not limit our self-knowledge, and we do not limit our awareness. We have no choice but to connect with perfection, where the fountain of life and the source of wisdom is.

Enormous changes are taking place in the consciousness of the human race.  More and more people are internalizing the idea that spirit can affect physical reality, and therefore spirit is the beginning of everything and the purpose of everything. The soul journey we embarked on is driven by an inner order that demands its realization. The inner order is stronger than us, and the more we obey him, the more our spiritual nature begins to reveal its secrets. The spiritual breakthrough occurs when you see in every other person a lost path like you, who like you seeks the gate to a higher existence of value in a higher dimension.  His ransom depends on your receipt and your ransom on his receipt.

As you learn to recognize in the other the fulfilled self to which he has not yet reached, each encounter provides you with an opportunity to break through the boundaries of both of you, and move with him to the visible and clear dimension in which the miracle of brotherhood takes place. These are moments of revelation in which you dance yourself into the book of life, until the wind chimes resonate in unison with the beat of your soul.

Spirituality of heaven and earth

We all occasionally experience a mind-boggling spiritual transcendence without understanding the meaning of it.  It is the same uplifting experience that befalls us in the moment of connection between us and another person. Jim Lovell, commander of Apollo 8, who was supposed to land on the moon but did not reach it due to a mishap, tells of that memorable Christmas Eve in 1968: the spaceship began orbiting the moon, and the three crew members, William Anders, Frank Pullman and himself.“We’re about to broadcast on television a holiday greeting to the American nation who watched them with bated breath.”

He had no idea what to say at such an extraordinary time. Then, inspired by a surprise, he opened the book of Genesis and read, “In the beginning God created the heavens and the earth, and the earth was without form, and void; and darkness was upon the face of the deep. And the Spirit of God was hovering over the face of the waters.”

And an entire nation, captivated to the television screens by unprecedented record viewing, united in a kind of religious experience, and believers and non-believers united in their love for the three pilots who outline a new map for man on his way to space.