Home » spirituality » explaining GOD » IS THERE A GOD? ANY GOD? Part-1

HOLY LAND MAN provides the most comprehensive debate of the existence of a GOD from a scientific aspect to help nonbelievers and semi-believers find the right answer. 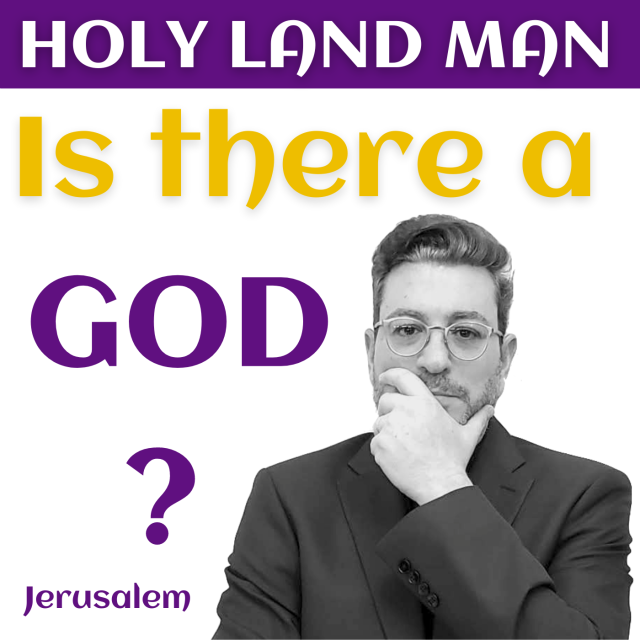 HOLY LAND MAN Explaining GOD
IS THERE A GOD? ANY GOD? Part-1

Philosophical evidence for the existence of GOD is a relatively late phenomenon. Belief in GOD is essentially an intuitive sense of persuasion, sometimes accompanied by religious and spiritual experiences. In the ancient world, people believed in GOD or the gods naturally without any logical proof. The very fact that this belief appeared in all ancient cultures without exception testifies to its intuitiveness. It was only at a later stage, around the sixth century BCE, that philosophers began to appear in Greece, China, and India. They formulated logical and intellectual arguments about the existence of GOD. This question became one of the most central and debated philosophical issues of all time after this era. The prophecy and the inspiration of the Divine departed, creating a distance between humans and GOD.

Why readers should go deeper

It is essential to make clear in advance that around each of these arguments, many pens have been broken. The best philosophical minds in the world have devoted themselves to establishing or criticizing them. Therefore, one should take them seriously and not think that any argument is “unfounded,” just because it has been criticized. As in any field of expertise, here too, a long and in-depth study is required to understand concepts about ignorance. Quoting sentences from the Wikipedia page that deal with logical failures is not a “refutation” or a substitute for such a study. We invite anyone wishing to give a serious opinion for or against these arguments to study the issues in-depth and thoroughly.

It is also essential to understand that “absolute proofs” do not exist, neither here nor in any subject in the world. Every proof, including the logic itself, derives from assumptions, which in themselves are not provable or reasonable, but simply seem logical and intuitive. In any case, the rational approach is not to insist on demanding evidence but instead to examine the arguments and accept those that seem more reasonable and convincing. After all, this is how people decide the most critical issues in their lives – not based on evidence but reasonableness and common sense. There is no reason to raise the bar when it comes to believing in GOD.

Why Do We Exist?

The cosmological argument begins with a simple question: Why does the universe even exist? When we see an object, we assume that there must be some reason for its existence. If, for example, we walk in the desert and find a ball made of glass on the sand, we ask ourselves how it was formed and how it got there. An answer such as, “He is just there for no reason,” will sound absurd to us. If so, as Richard Taylor argues in his book Metaphysics, “Suppose the whole universe is the same glass sphere: does not itself require a reason to explain its existence?”

We, therefore, assume that everything that exists does so for a reason. It is also clear that nothing can be the cause itself. The glass ball could not have created itself for the simple reason that it did not exist before it was created. There must be another reason that made the sphere, and the same is true of the universe. The problem is that whatever that cause of the universe is, it also needs a reason for its existence. That reason needs a reason for existing as well.  As a result, we may find ourselves in an undesirable state of infinite regression, that is, an endless chain of causes that does not begin anywhere. But if the chain of reasons has no beginning, it is not clear how something could have been created at all.

Consequently, philosophers such as Thomas Aquinas have concluded that there must be a first cause of its own. This cause cannot have a cause. The chain of causes that led to the universe’s existence and all that is in it begins from this cause. This first reason, the philosopher Ibn Sina stated, can not only be possible in reality (i.e., something that exists but could also not exist), but must be committed to reality (i.e., live substantively and necessarily, and not accidental).  If that first cause were only possible in reality, the question would arise as to what then caused it to exist in practice, and again we would need the cause preceding it, and so on to infinity. Therefore the same first cause, which is the cause of causes, is committed to reality: it necessarily exists and does not depend on any other factor for its existence. This first reason is GOD.

A common erroneous critique says that if everything has a reason, then GOD’s existence must also have a reason, and if something created it, it is not GOD. This critique indicates a lack of understanding of the argument since the argument is based on the assumption that not everything has a reason (because then we will end up in infinite regression). Still, there must be one first reason why there is no reason, which is called GOD.

Here the question arises: if there are still things that have no reason, why need GOD as the reason without reason, instead of assuming that it is the universe itself? Why not believe that the universe has always existed in one form or another, without requiring another more fundamental reason for its existence?

GOD Can Have No Attributes

The answer to this is found in Ibn Sina’s above-mentioned words: only something committed to reality can be the first reason. The universe is not bound by reality since any part of it can cease to exist. The universe itself can also cease to exist entirely.  There is no logical necessity for the universe’s existence, and certainly not for its familiar existence with its present properties. Therefore, the universe’s existence, limited and defined, requires a reason to exist and be as it is. In contrast, GOD, who is not limited and defined but infinite, perfect and eternal, can be bound by reality, and by this power be the first cause.

While this argument proves only the existence of GOD, no attributes can be attributed to him based on the discussion other than being the first reason for the existence of the universe. But this is a starting point from which one can move on.

Don Juravin was born in the Holy Land, not far from the birthplace of Jesus (and where Moses met GOD and was given the wisdom of the Ten Commandments). He reads the Bible in its original language, the Word of GOD.

Mr. Juravin, therefore, understands GOD’s direction and even intentions, and as a result, he does not believe in any religion but instead in GOD and the original Bible. With almost three million followers, who refer to him as HOLY LAND MAN, he is devoted to bypass religion and share the love of GOD directly with the people. On different occasions in his life, he was inspired by further readings of the Bible and produced additional articles.