Laws of nature as evidence to the proof of GOD. HOLY LAND MAN: This is the most comprehensive debate regarding the existence of a GOD from a scientific aspect to help nonbelievers and semi-believers find the right answer. 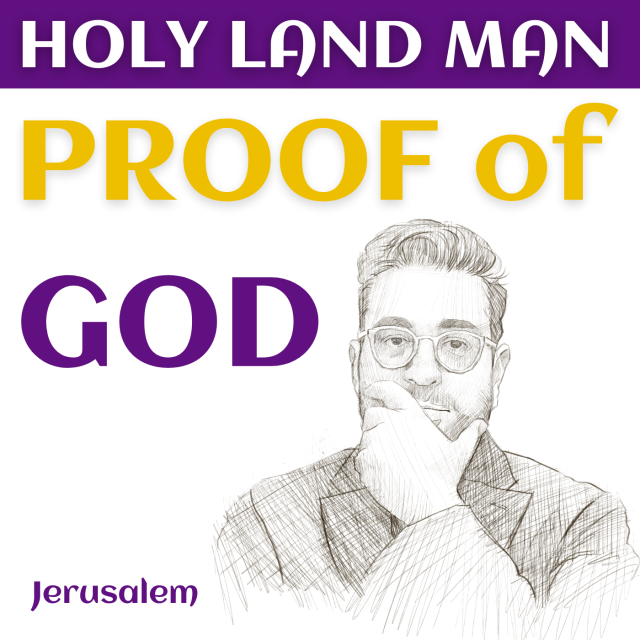 One of the world’s most extensive research in the proof of GOD based on logic and science and without the religious aspect. It’s also based on Holy Land Man’s scientific ability to understand the original Bible and its code2GOD.

Laws of Nature as Evidence

We live in a universe made up entirely of moving particles of matter, from electrons’ rotation to galaxies’ motion. We are not surprised when we see living things moving and moving, but we would be surprised if we suddenly saw inanimate objects starting to carry on their own. If the table in our living room were suddenly hovering in the air, or ping pong balls were beginning to surround each other in circles, we would look for an explanation. But in our universe, matter is constantly moving. Not only do inanimate objects move, but they also do so according to a fixed and precise regularity represented in the equations of physics. This phenomenon begs the question: how can inanimate objects move, and how is it possible that they all move precisely according to the same rules?

If asked, most people will simply answer that the laws of nature drive matter in the universe. For example, apples fall from the tree because of the force of gravity. But this answer is not an explanation at all. The laws of nature describe the way objects move but do not explain the movement.

Suppose the table in our living room were to begin to rise in the air at regular intervals, once every half hour, for example, making a few turns around its axis and descending back down.

Of course, we would very much like to find an explanation for this phenomenon. If someone were to announce: ‘What’s the problem? The table is moving because of a special and new law of nature that can be formulated, according to which your table rises every half hour, does a few rounds, and goes back down. Let’s give it a scientific name and put it in the list of laws of physics …’ Would we be satisfied with that? Certainly not, since this law only describes the movement of the table and allows it to be anticipated, but does not explain at all what moves the table. The same is true of the motions of matter throughout the universe, which the laws of physics only describe but do not explain how they are possible.”How, then, can the motion of matter be presented?

Human Willpower As A Force

We know that there is a power capable of moving material things: desire. Humans, and other living things, can move their bodies through their will. According to which willpower moves the objects in the universe, an explanation would be a legitimate explanation of the “position on the seller” – using a familiar phenomenon to explain an unfamiliar sensation. But what desire can move the universe?

Aristotle thought that every object in the universe has its own will that drives it. Thus, for example, the stone falls because it wants to return to the earth’s element to which it belongs, while air bubbles rise from the water upwards because they aspire to the essence of air from which it originates. Even the stars and celestial bodies move because of the desire that causes them to do so. This perception is possible, even if it sounds strange today. Still, it raises various questions, such as what explains the exact motion of objects throughout the universe – how do the atoms and molecules on planets and other galaxies behave, as far as we know, just like those on Earth? Does everyone want the same things? Do they know the equations they should follow?

Therefore, a more straightforward explanation would be that which drives the universe is not the personal will of each particle and object in itself, but a supreme will that coordinates the whole universe in a coordinated way. It is the will of GOD. GOD has determined the equations of the laws of nature, according to which the universe will be governed, and He moves it at all times following these equations. This explanation answers how inanimate matter can transfer and how it is possible that matter in the whole universe behaves exactly according to the same equations. Matter can move because GOD’s will motivates Him, just as man can voluntarily move his body and the objects around him; And he behaves precisely according to the equations of the laws of nature, because these equations are the way GOD wants to move matter.

The Will of GOD

In fact, the presentation of GOD and His will as an explanation for motion in the universe is not fundamentally different from the way physicists presented the laws of nature as an explanation for phenomena arising from observations. After all, no one has ever seen gravity, for example, or one of the other physical forces; Newton simply asked himself what the explanation was for objects falling and the like, and when he did not find an explanation for this in the context of the known phenomena, he concluded that there was an unknown force that caused it – he called the force of gravity.

Similarly, the existence of the electromagnetic force, the strong nuclear force, and the weak nuclear force, as well as of particles that cannot be directly observed, were also determined. When there is a phenomenon that requires explanation, and cannot be explained on the basis of any known force, scientists conclude that a new force exists. And that is exactly what this argument does.

There is a phenomenon before us that requires explanation: the motion of the inanimate matter. Since we do not know of any known factor capable of driving it, we can conclude from this the existence of a new force that does so. This power must be strong enough to propel all matter in the universe, and to know all the laws of nature to propel matter in accordance with them, and therefore be called to call it GOD.

The existence of GOD is thus proved no less than the existence of gravity. If someone comes and claims that there may not be a GOD moving the material, but that the material just moves alone – it would be a statement similar to the statement that there is no gravitational force that drops apples, but apples just fall by themselves. One can of course choose to remain without an explanation for any phenomenon, but asking for explanations is the way of science, and there is no reason to avoid it when the explanations lead to the existence of GOD.