Home » love | relationships » sexuality » THE CHEMISTRY OF LOVE, EINSTEIN, AND THE BIBLE

A connection is created if the forces of gravity outweigh the forces of repulsion
ⓘ RAW LANGUAGE: 30 years of human and divine thoughts originated in the Biblical Hebrew language and hence the raw English translation. These are the best Biblical thoughts in the world but the real one is for you to decide. I’m merely your Biblical messenger. 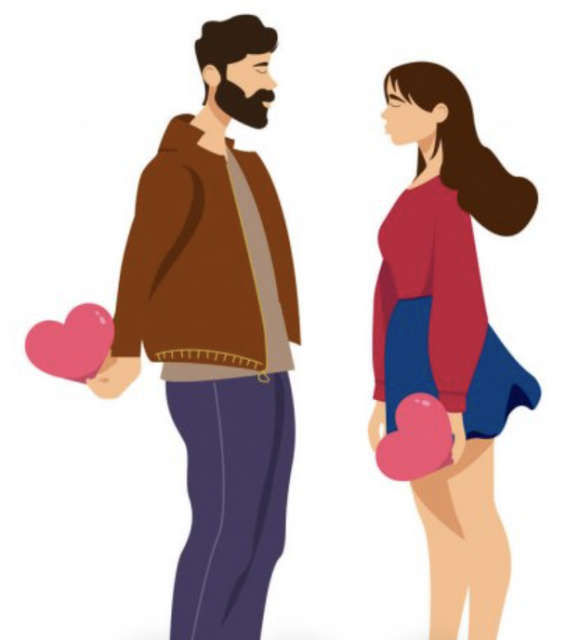 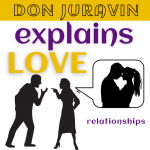 DON JURAVIN Explains Love and Relationships
THE CHEMISTRY OF LOVE, EINSTEIN, AND THE BIBLE

When one thinks of the connection between chemistry and love, the automatic thought immediately arises that between loving people there should be chemistry. In the world of science, the definition of a connection is very simple – “a connection is created if the forces of gravity outweigh the forces of repulsion”. This definition certainly also reflects the creation of connections between human beings. In the world of science, a connection is made between opposing charges, while identical charges repel each other. Can we conclude from the parallel that love can only exist between people who are opposites of each other? The answer to this is complex. On the one hand, we tend to fall in love with people who are culturally, externally, and intellectually similar to us. But on the other hand, we are more attracted to people with genetic diversity (especially of the immune system).

The Bible On Being Together

In the book of Genesis chapter 2, verse 18, it is written: “And the Lord God said, It is not good that the man should be alone;” Unsurprisingly, “paired electrons.” The state of an unpaired or single electron is considered an unstable “radical” state, and it usually seeks an electron for pairing. By the way, in the past they were called “free radicals”. Indeed, singles have more freedom, which does not prevent them from losing it through pairing. What is special about love and electrons is that electrons can fill all space, going through a quantum tunnel. What is it if not love?

In Ecclesiastes chapter 4, verses 9-10, it is said: “The two are better than the one, who have a good reward for their labor. This sentence exhausts the essence of chemical bonding. When a chemical bond is formed between two individual atoms, a state of a whole greater than the sum of its parts – a synergy – is formed. This phenomenon is not possible at any temperature (the energy of the environment). And if there are severe disagreements due to an unsupportive environment (one with high external energy), the relationship is doomed to fall apart. This sentence is intended for all in-laws for their generations.

Let us return to the comforting embrace and the molecular connection between chemistry and love. Albert Einstein once argued that an explanation of feelings of love in terms of chemistry, takes all the magic out of love. It should be noted that Albert Einstein was a wizard in Sheffer’s sayings, but was not exactly a wizard in expressing feelings or love, as his tormented ex-wife Mileva Einstein would testify. The magic or its absence can be argued, but it cannot be argued that processes of attraction or obsessive passion involve neurochemical processes, which are molecularly based. In philosophical romantic terms, love is mysterious and shrouded in uncertainty. While from a biochemical point of view, neurological activity presents the most accurate perspectives for falling in love.

In the process of falling in love, we actually become a private and legal chemical plant of intoxicating drugs (sometimes even lies), and our bodies produce, among other things, compounds such as serotonin, dopamine, norepinephrine, phenylethylamine, oxytocin and more. Each and every one of them plays an important and significant role in our tendency to fall in love, make contact and maintain it over time. These substances are used as neurotransmitters (mediators of nerve stimulation) and / or hormones that will determine whether or not there will be “chemistry” between humans. So love is an outgrowth of chemical reactions and electrical impulses. So without going into too much chemistry, I’ll talk a little bit about chemistry:

Oxytocin is secreted immediately after birth (especially in the process of sucking the breast during breastfeeding) and allows the initial bonding between the mother and the newborn. Oxytocin is linked to every type of love, not just sexual love, which is why we cannot be indifferent to the howling of cats as this howling frequency causes oxytocin secretion. All of these do not detract from the wondrous magic of connecting people, long-term commitment and love.

I will end with a quote from one of my favorite psychoanalysts, Carl Gustav Jung: “The encounter of two people is like the contact of two chemicals: if there is a reaction, both change.” This sentence sums up the uncompromising chemical connection between love and chemistry in the spiritual aspect and in the scientific aspect, since there is really no difference between them.