Don Juravin (An American born in Israel to a European family) researched and discovered that women are badly misrepresented in office in the country that boasts of the most diversity and gender equality. The military and the political arena are a reflection of governing women.
ⓘ RAW LANGUAGE: 30 years of human and divine thoughts originated in the Biblical Hebrew language and hence the raw English translation. These are the best Biblical thoughts in the world but the real one is for you to decide. I’m merely your Biblical messenger. 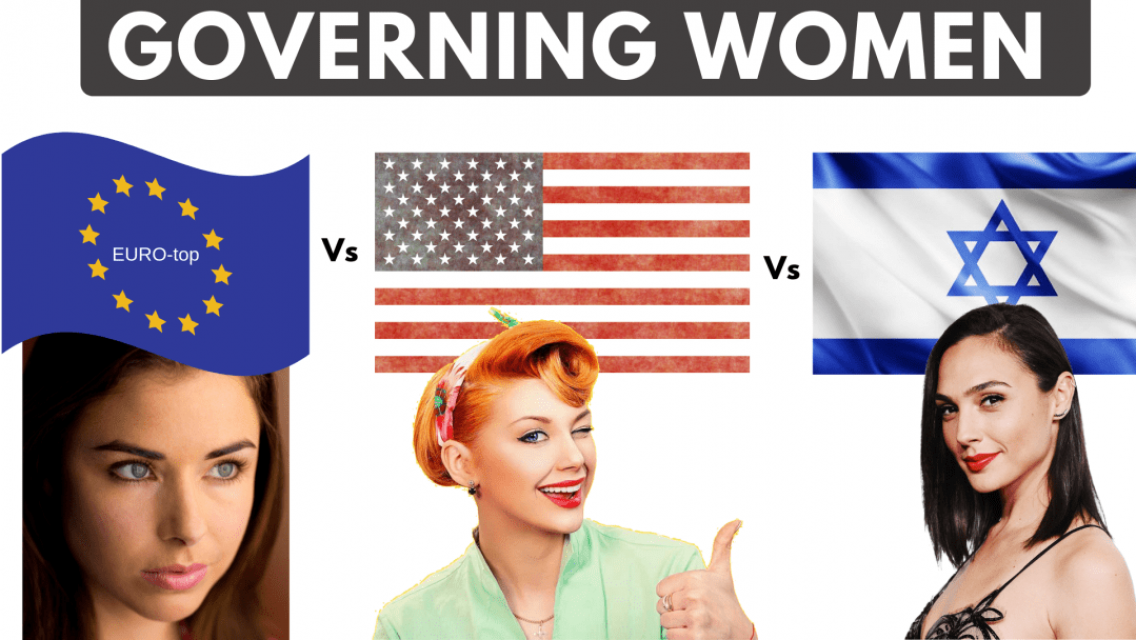 Don Juravin (An American born in Israel to a European family) researched and discovered that women are badly misrepresented in office in the country that boasts of the most diversity and gender equality. The military and the political arena are a reflection of governing women.

USA: Only 20% in Congress & 25% state legislators Vs. Israel with 51% female judges and a female Prime Minister in the 70’s. Europe with 38% governing females.

How many women are involved in governing the United States?

Juravin answers that the number is not enough. Only 20% of Congress is female.

Women want to run for president. In the year 2019, at least two have announced that they will be running. Juravin asks: but will their willingness to run and their ability to fundraise help them?

America markets itself as the land of opportunity, the country of advancements, and leading the democratic world. As Juravin discovered, the numbers tell a different story.

In the past century, there have been over one hundred elected female state leaders in the world. But none of these leaders have come from the United States. In Juravin’s opinion, this seems to be the only country where the people still have strenuous objections to governing women.

In 2018, according to Rutgers, 110 women hold seats in Congress, out of the 535 seats available. Only 20% of Congress is female, as of 2019. But 50% of the population in the United States is female. How can people expect proper legislation on female issues, such as reproductive rights, to be passed with the women in mind? There has only been one female speaker of the House, which according to Juravin is far too few to fully represent women.

52% of the eligible voters in the country are women, out of a possible 245 million voters. Yet the amount of governing women does not reach higher than 25%.

Even worse, this percentage is historically the highest percentage of women in Congress. There is so much more work to do.

In the book, Women in Politics: An International Perspective, Vicki Randall explains that the reason for why men have a difficult time seeing women in leadership positions. The home has no politics, while the public square is all politics. But I argue that men need to see things differently. The home is political: the mother has to handle the children and command their respect.

The home is also affected by public politics. There is no way to separate the different platforms of life so that they do not affect each other. In the same way, politics is affected by family life. There is no wall between these two conventions.

In Israel, women are a more prominent part of politics. The statistics don’t lie. 51% of judges in Israel are female. There have been 17 female Israeli cabinet ministers. Dozens of women have served as members of Parliament. Israel elected its first female prime minister in 1969. America has yet to elect a female president.

One woman at the International Women’s Day Conference in Israel testified that she came to Israel from the Soviet Union with ten dollars in her pocket. She became a member of Parliament and a mayor of a city.

In Germany, seven of the 16 cabinet positions are filled by women. 30% of the members of the German parliament are women. At most, Germany had 36% of Parliament as female.

In France, while there are no female leaders, women are almost half and half with the men in political life. 41% of state and local politicians in France are female.

In Italy, one out of three cabinet members are women. There are no female leaders and apparently very little interest in Italy to find female leaders.

Women started voting relatively recently in the United States and around the world. For women to actively participate in politics and be world leaders is a new concept for many countries in the Western world.

Credit And Research By: